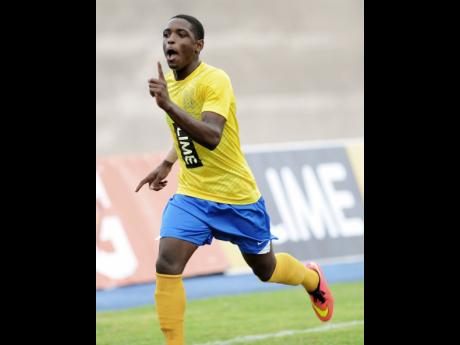 St Elizabeth Technical High School (STETHS) has the know-how, they have the fire power, and they certainly have experience in these sorts of knockout games. And they will need to employ them all when they tackle St Jago High in this afternoon's ISSA/Flow Super Cup quarter-final match at the National Stadium at 4 p.m.

Their last two outings brought them eight goals, and in both, they actually had to come-from-behind to log the win. But such is their firepower that they hardly stay behind too long.

Coach Omar Wedderburn told The Gleaner that his players are like a finely tuned long-distance race horse, and he is proving to be right. The longer the season goes on, the better they appear to be.

"We play hard every day. That is what we do; it's never about taking a day-off because there is a goal in front of us and we need to reach it," stated Wedderburn.

"Like any other game, we are taking it seriously. St Jago proved that they are a quality team being in the quarter-finals, and certainly, we are also there not to prove a point, but to make statement," he reasoned.

Their top striker Michael 'Diddy' Kerr has already scored 22 goals this season in all competitions and will once again be leading STETHS's attack in the hunt for a victory that would see them move into the semis.

Travar McCalluch, team captain, has his players focused at all times, and with him in midfield is playmaker Shawn Genus. The two midfielders make a potent pair in the centre of things for STETHS and must be contained if St Jago wish to eliminate a team many regard as 'Knockout Kings'.

The Santa Cruz-based STETHS have scored 44 times so far and have been breached a fair deal. However, their strength lies in the attack and will pose some problems for the St Jago defenders.

"This is a quarter-final game and any team can win, but we are going to put ourselves in the position to leave Kingston victorious," Wedderburn added.

He said playing St Jago is a new challenge, but he is confident his troops can deliver at crunch time.