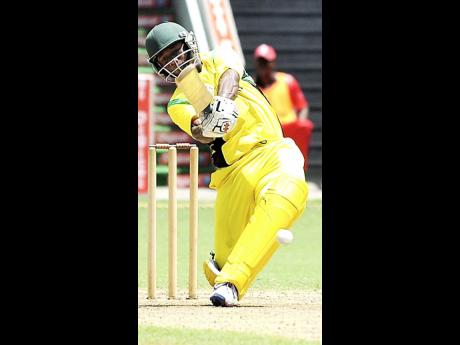 The right-handed McCarthy converted his overnight 49 not out into 121 as Scorpions, resuming from 119 for three, posted 291 all out for a lead of 20 runs at Queen's Park Oval yesterday.

Red Force then easily erased the deficit, coasting to 49 without loss before Campbell engineered a collapse to leave the hosts tottering on 87 for four at the close a lead of only 67.

All told, McCarthy struck 16 fours off 180 deliveries in an innings lasting just over 3-3/4 hours.

McCarthy eventually fell in the third over before lunch which Scorpions reached at 228 for four, but a collapse ensued on resumption with wickets falling steadily.

Wicketkeeper Chadwick Walton then held the innings together with an unbeaten 33 as Scorpions rallied to a small first innings lead.