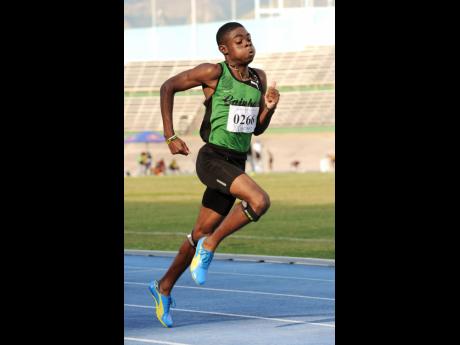 Having seen his son, Christopher Taylor, power his way from amateur ability to world youth 400m champion, Steve Taylor is convinced that the sky is the limit for the Calabar athlete who he is confident will achieve even more world-beating success.

"Right now the sky is the limit for him," the elder Taylor said of his son.

"He is improving a lot and I am just hoping he keeps healthy and strong,. The sky is really the limit for him and I wish him all the best," he told STAR SPORTS.

"He is already a superstar for me, where he is in all his achievements at the moment. In time to come, he will represent Jamaica globally - no haste just take his time," he added.

At only 15, Taylor catapulted himself into international youth fame with a stupendous 45.27 clocking in the Boys' Under-18 400 metres, at the Jamaica Athletics Administrative Association National CARIFTA Trials at the National Stadium last year.