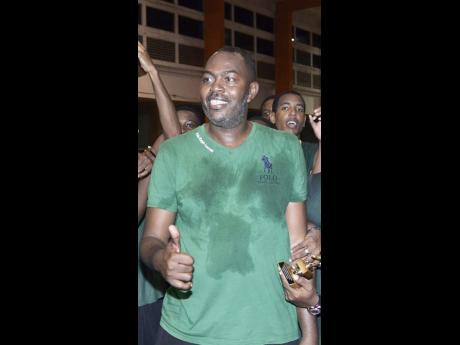 Defending champions Calabar and Camperdown High Schools square off in the decisive game of the Southern Conference Under-19 best-of-three schools basketball finals today at the National Indoor Sports Centre starting at 6 p.m.

Calabar levelled the series on Friday after Camperdown won a replay of game one.

"We had a rough week, but we came back, fought hard, and I am really proud of them. Camperdown did a lot of things right the first game and we did a lot of things wrong. They were better, and we had to really dig deep and come up good game two. But we are the defending champions and we came here to defend our title," he said.

Camperdown's coach, Oneil Brown said his team is all fired up.

"I feel 100 per cent confident that we are going to take game three. We have everything in place and we have something new to the table as we will be bringing in a player that has not played in the series. He has not played all season long and he should make a big difference to the guard position," he said.

He noted that they learn from their mistakes.

"In basketball, you have to have equal match-ups or you are going to have a mismatch. At the ending of the game that's what transpired and Maleik made a game-changing shot and they won the game, but we are very confident of winning game three. We just have to do this collectively as a team," he said.