Dreaming The Code for Hotline 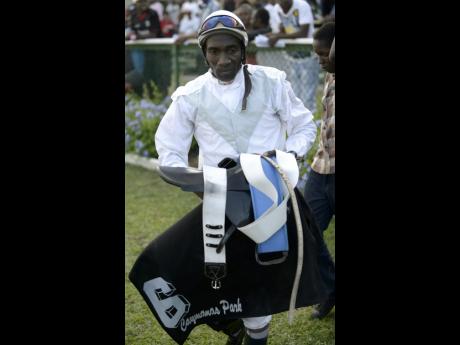 DREAMING THE CODE has worked really well for her three-year-old debut and should reproduce her exercise gallops to land tomorrow's 1200-metre Hotline Stakes for non-winners-of-two as warm-up races for the classics continue at Caymanas Park.

In the Sir Howard Stakes for colts and geldings, Richard Azan's MY COMPANION hasn't raced since getting off the mark as a two-year-old last October. However, he appears to have enough class to outsprint rivals, considering he had lost in a driving finish to Jamaica Two-Year-Old Stakes runner-up NUCLEAR AFFAIR on debut.

DREAMING THE CODE was the horse most feared entering December's Jamaica Two-Year-Old Stakes after her auspicious debut at 1100 metres, winning by a dozen lengths on her October debut and clocking 1:06.0.

Thrown to the lions in the Jamaica Two-Year-Old Stakes and breaking from post-position one, DREAMING THE CODE was not the best away but was game enough to improve into fourth at the half mile. She was at least seventh coming off the home turn, still running the rail, when NUCLEAR AFFAIR cut across her, causing Richie Mitchell to almost haul up.

Returning off a two-month lay-up, DREAMING THE CODE faces Philip Feanny's SIMPLY THE BEST, who had similarly impressed on her Superstakes Day debut, clocking 1:06.3, but got a setback and has not been the same horse since.

SIMPLY THE BEST has worked well but DREAMING THE CODE's 1:13.2 for six furlongs, clocked two Saturdays ago, should make her a winner.

MY COMPANION hasn't exactly been catching birds at exercise but looked sharp enough last Sunday in what must have been an easy breeze, five and a half furlongs in 1:10.3. Last raced October 7, he toyed with GIRLY GIRLY LINKS at 1000 metres straight on his second outing.

GIRLY GIRLY LINKS returned to win her next race by six and a quarter lengths. She was also a creditable sixth in the Pick-3 Super Challenge as well as the Jamaica Two-Year-Old Stakes.