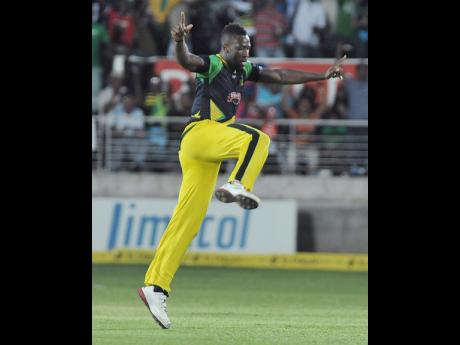 Exciting West Indies all-rounder Andre Russell has been named by Japanese automaker, Nissan, as one of its global brand ambassadors.

The 27-year-old Jamaica has emerged as one of the most sought-after players on the global Twenty20 circuit in recent years, and is currently with West Indies the United Arab Emirates preparing for the T20 World Cup beginning in India next month.

"As genuine performers in the shorter form of the game, these players consistently deliver on the big stage. We look forward to working together to bring cricketing excitement to fans worldwide, starting with the ICC World T20."

He already played 188 T20s, gathering 2669 runs with his audacious right-hand batting and 158 wickets with his lively seamers. He is also a brilliant fielder.

Russell has also morphed into a limited specialist for West Indies, having played 35 T20 Internationals and 51 One-Day Internationals.