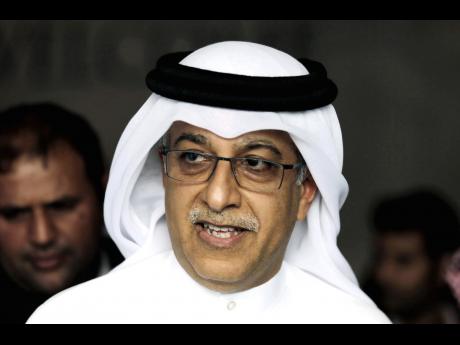 The support of most nations in Africa and Asia and the backing of one of sports' biggest power brokers should be enough to put Sheikh Salman of Bahrain in charge of the world's most popular sport today, as FIFA elects a president to move the football body away from decades of corruption.

FIFA officials, delegates and observers told The Associated Press that surveys of voters and confederations indicate Salman had the most support and could win a majority on the first ballot. A second round of voting will likely be necessary unless the other four candidates concede. FIFA rules require a two-thirds majority (138 of 207 federations) on the first ballot, and a majority (104) on later rounds.

Salman seems on track to get the biggest first-round tally, FIFA observers and officials not linked to any candidate told The Associated Press on condition of anonymity.

The officials, who didn't want their names used so as to avoid angering voters in the secret ballot, said Salman had received solid pledges of support to get votes ranging from the "high-90s" to 117.

FIFA elections are typically secretive. Few voters offer public opinions and many promise votes to more than one candidate. "The only people you believe are the ones who say they won't vote for you," US Soccer Federation President Sunil Gulati once said.

But even supporters of Salman's biggest competition Gianni Infantino, the Swiss general secretary of European governing body UEFA were not saying yesterday they thought he was leading.

Salman would give the Asia region its first president in FIFA's 112-year history.