Bloomfield: I am at 60 per cent 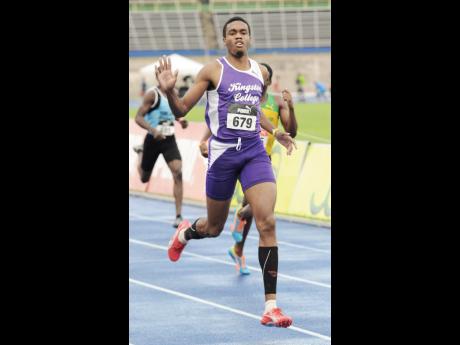 Class One 400 metres defending champion and record holder, Kingston College's Akeem Bloomfield, has admitted he is not 100 per cent fit after he won his heat on yesterday's opening day of the 2016 ISSA-GraceKennedy Boys and Girls' Championships at the National Stadium.

But the talented quarter-miler says he is still capable of producing something special again this year.

Bloomfield clocked 48.36 to win heat one of the Class One event, a far way off the record 44.93 mark he set last year. He is, however, not perturbed by his time.

He said the plan was to take things easy in the heats.

"It (race) tells me I am right where I want to be. The idea was to go out there and take it easy and run a very good race and I am happy with how I executed," he insisted.