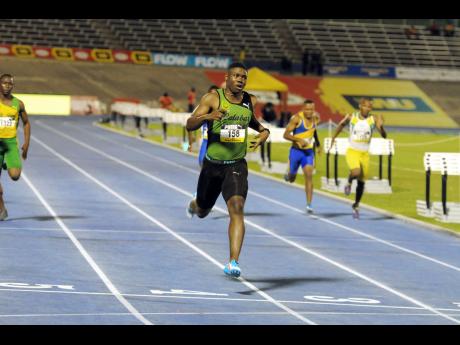 Last year when Calabar High's Dejour Russell sped past favourite and teammate, Tyrique Wilson, to take the victory in the Class Two 100 metres final, not many could have predicted that outcome.

Wilson was the overwhelming favourite but the powerful Russell sprinter produced an electrifying run to create one of the big upsets of last year's championships.

With Wilson out injured this year the spotlight is on Russell. The highly rated sprinter is confident he can deliver again as he is in much better physical condition and form than last year.

"I know I can repeat ... (100m victory). I am healthier and stronger this year so expect big things from Dejour," he told STAR Sports after the 100m heats yesterday.

"Everyone is competition to me so I am going to take it step by step and just try win the final and get some points for my team," he said.