Badree returns to number one spot 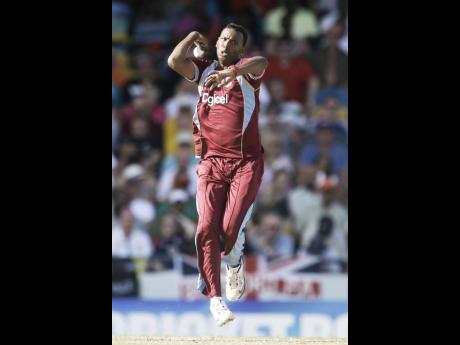 Spinner Samuel Badree has returned to the number one spot ahead of the second semi-final clash in the T20 World Cup between West Indies and India tomorrow.

The Trinidad and Tobago bowler is among several leading cricketers who have been rewarded for outstanding performances in the tournament.

The latest ICC rankings put Badree as the top bowler after impressive performances which have landed him with six wickets for West Indies- three against Sri Lanka and three against Afghanistan.

Badree's move back to the number one spot pushes India's Ravichandaran Ashwin from number-one to third after managing just four wickets in as many matches.

Third ranked West Indies will bank on the 35-year-old leg spinner when they face favourites and number one ranked India in Mumbai tomorrow.

Kohli , who averages 92 after scoring 184 runs in four matches at a strike-rate of over 132, had entered the tournament 24 points behind Aaron Finch, but has now opened up a 68-point advantage over the Australian.

West Indies' opener Chris Gayle has gained one place and is now ranked sixth after scoring 104 runs in two innings at a strike-rate of 208.