Service urges western cricket powers to be like St Bess 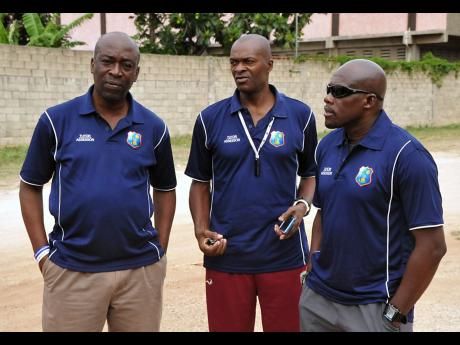 West Indies Cricket Board Territorial Development Officer Phillip Service is urging western Jamaica-based schools to make cricket once more an integral part of student's development and in the process improve the player pool at the various levels of local and West Indies Cricket.

Service believes schools across Trelawny, St. James, Westmoreland and Hanover should look at the model which is being employed in "cricket-crazy" St. Elizabeth.

Those schools over many years have been the engine for local cricket production.

"When you look at St. Elizabeth, there is STETHS, the powerhouse in schoolboy cricket now for more than 20 years. They have put in a significant amount of money into the development of the sport there," said Service.

"I am sure if other schools would emulate them, the game would grow, more people would play the game and of course all this would redound to the benefit of Jamaica and West Indies cricket, which must be the ultimate," he added.

STETHS recently won the Grace Headley Cup title, a third in three years and 28 overall and last week walked away with the All-Island Spalding Cup with victory over Excelsior.

Their dominance is evidence enough, Service pointed out, that once the infrastructure and financing is in place, schools will do well, as there exists a wide talent pool across western Jamaica.

He reasoned that the only difference between the success at STETHS and other schools is the importance in which the Santa Cruz-based institution places on cricket.