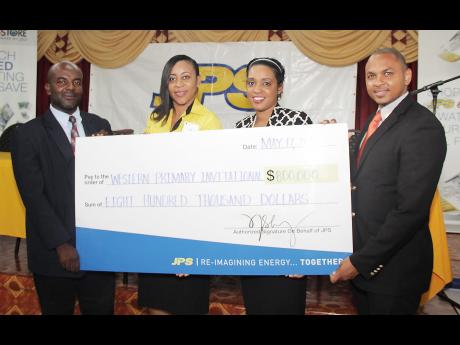 Two-time defending champions Howard Cooke will have to contend with eight new schools which will make their debuts at the Jamaica Public Service (JPS) Western Primary Athletics Championship at the Montego Bay Sports Complex on Saturday, June 11.

The number of entrants in this the eighth renewal has hit 35, according to chief organiser Albert Ferguson.

Howard Cooke are expected to face stiff competition from two-time winners Wakefield Primary and Corinaldi Avenue Primary, and Ferguson is promising an exhilarating day of track and field events.

"The folks need to come out for this. It is going to be a hot day on the track, as champions Howard Cook will be facing strong competition from the likes of Corinaldi Avenue, Wakefield, and of course newcomers Black River Primary, who finished fourth at the National Primary Schools championships," Ferguson said.

Ray Harvey, the keynote speaker, observed that the event continue to inspire many young and talented future stars.

Top performances are expected from Jovel Maduri of Corinaldi Avenue Primary in the 400m, while on the girls' side; Howard Cook's Shaniqua Vassell should delight spectators, having established new personal best times of 12.97 seconds in the 100m and 27.74, in the 200m event at the National Primary Schools Championships.