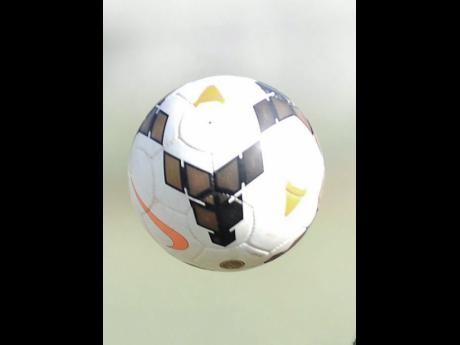 The Captain's Bakery and Grill/Charley's JB Rum-sponsored Westmoreland FA Major League final between Three Miles River FC and Roaring River FC played at the Llandilo Sports Complex on Thursday had it all.

There were goals, three red cards, two yellow cards shown, and fights between players, as well as spectators that resulted in the cancellation of the trophy presentation.

As a consequence, the normally reluctant Westmoreland FA boss, Everton Tomlinson, has resorted to a desperate plea to the Westmoreland business community to join forces with him in helping by way of contributions in getting the facility at Llandilo fenced and the playing area secured.

"Today (Thursday) began with such a lovely feel for a beautiful final between these two teams, who were clearly passionate about the chance to represent the parish in the Western Confederation Super League," Tomlinson said.

"In the end, indiscipline and the cane piece mentality of some fans turned what was to be a celebration of our football into a nightmare for other spectators and sponsors. This is atrocious," added Tomlinson.

Up the point where the fracas broke out, first between players, it was an interesting final, with Roaring River looking the team most likely to score, although Three Miles River FC did have their moments in the first half.

By the second half, however, the tide had turned and Three Miles River held sway and took the lead in the 49th minute, when Chevan Morris scored.

Then Davane Gardner doubled the lead for Three Miles River in the 89th minute then the problems started. Players were issued red cards and the action spilt over into the crowd, as bottles and stones rained on players and fans alike.

"This is one of the darkest days of football in this parish. We pride ourselves on being disciplined in this league but some will have no part of it. Therefore, we will meet as an association to decide what action will be taken against the clubs and their supporters for this debacle," Tomlinson said.