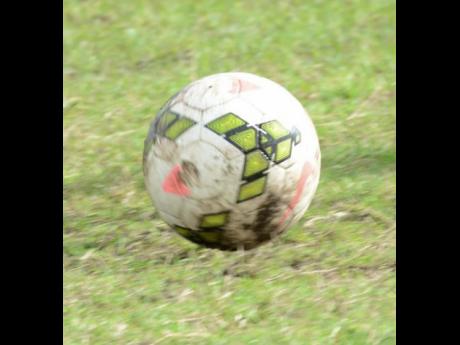 Spicy Hill FC hold the advantage in the other semi-final, courtesy of a 10th minute strike from Damin Williams as they held on for a 1-0 win over Rio Bueno. Both matches were played on Sunday.

Holland have their cadre of youth players such as Kemar Newman and Richardo Williams to thank.

The two were on the score sheet and their combined contributions were very telling, according to Benjamin.

Newman fired Holland into a 40th minute lead and Bunker Hill pulled even in the 53rd minute through Ricardo Marsh.

Williams made the game secure for Holland with a clinical finish from just inside the area in the 81st minute.

"This is a team that has plenty of heart; we play for each other and earlier in the season when it seemed we would be fighting to avoid relegation we still felt that we are good enough to be in the top four," Benjamin said.

"This team has risen from the bottom of the standings and is one game away, with a victory or a draw, from being in the final. We are very happy with our performance in the last two months and hope to keep believing," the assistant coach added.

Sunday's win was Holland's third straight game in which they have scored two goals or more and indications are that they have found form at just the right time.

"We are winning games and that is good but we need to tighten up on the defensive end, where we are still allowing opponents to score," reasoned Benjamin.

The second leg semi-finals will be played on June 26 at Elliston Wakeland Centre. Spicy Hill will face Rio Bueno in the first match at 1 p.m. before Holland oppose Bunker Hill at 3 p.m.