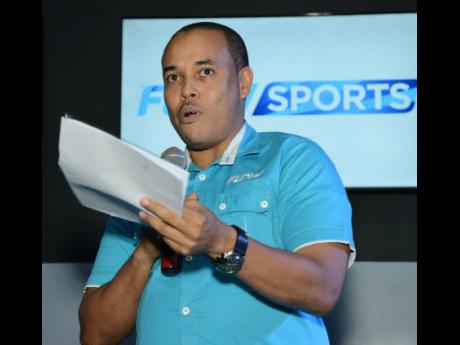 Carlo Redwood, vice president of marketing television at Flow says as official broadcast partner of the Rio 2016 Olympic Games in Brazil, customers of Flow will have full access to the games on their television, Internet and mobile platforms.

The FlowRio2016Extra App will go live on Tuesday, August 2 and will have live Olympic content starting on August 6.

The new service was launched at the 100 Hope Road, yesterday.

According to Redwood, "It is part of the company's focus on innovation and providing customers with the very best Olympics experience.

"With the Olympic Games now only days away, we are excited, as our athletes are expected to bring home yet another big medal haul. This app is one of the numerous ways in which are providing exciting options for customers to enjoy the world's most anticipated sporting event," Redwood said.

Flow customers will also have access to three exclusive Olympic Channels on 691, 692 and 693 and the stations will be labelled Olympic one, two and three.

Flow customers will have a chance to experience the Olympic Games live and the app device will be available in the Android and Apple Store.

"The FlowRio2016Extra App is the final and most major activation that we are delivering to bring the Olympics to life, right in the palm of the customers' hands," Redwood said

He added that customers who download the app to their smart phones and smart devices will have exclusive access to live and on-demand Olympics event.