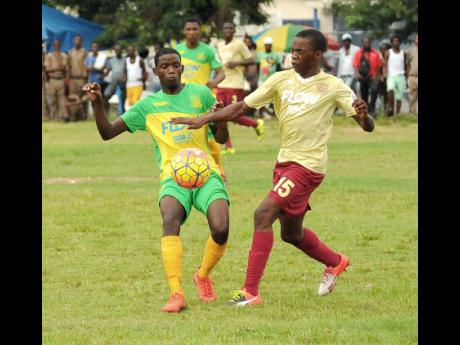 Munro, fresh off their 1-0 victory over the previously unbeaten Lacovia High on Saturday, will be hunting a second straight win to move further up the standings with champions STETHS idle on the day.

The zone is being led by STETHS (nine pts), following their 1-0 on Saturday over Maggotty. Lacovia remains second in the zone with six points but will be overtaken by a Munro team, who it appear have found a sense of renewed confidence.

Maggotty is struggling after failing to secure a single point in the two matches played to date and are desperately in need of something to spark their campaign, which blossomed greatly for them last year.

However, they are unable to reproduce the kind of results that would have no doubt kept them relevant to those which are to move to the next round.

Meanwhile, Petersfield could go joint first with a win Grange Hill at the Frome Sports Ground.

Little London, oddly enough are the only team in that zone yet to lose a match but are looking to be the spoiler in that zone this year under coach Jeffery Reece's tutelage.

A Gallimore vs. Steer Town