Munro warm up for St Elizabeth derby with draw 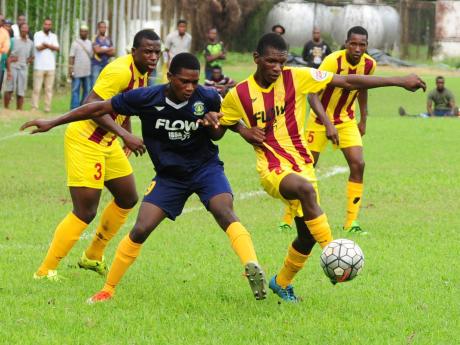 The match which had its kick-off last Thursday was abandoned because of rain and persistent lightning strikes with 30 minutes played. Maggotty held a 1-0 lead after Sandrae Facey scored in the 30th minute making the match a shortened version for some supporters who turned up to watch the continuation.

When play resumed, it appeared that Maggotty were ready to log their first win of the season after dominating the remaining 15 minutes of the shortened first half.

But Munro persisted and could have easily won the game had they been a lot more clinical in the final third.

In fact, were it not for a defender's mistake in chopping down Munro skipper Timar Lewis inside the box, as the forward bore down on goal, they would be celebrating only their first three points of the season.

Lewis got up to hit a side-footed penalty to the left of Delano Lewis in goal for Maggotty in the 78th minute robbing the hosts of the chance of victory.

"I think poor decision making around the back and in attack made us look real ordinary at times today," Munro's coach Lance Morgan said.

"All we needed was just for us to be more composed in attack but overall I think we managed well although we should have won the game," reasoned Morgan.