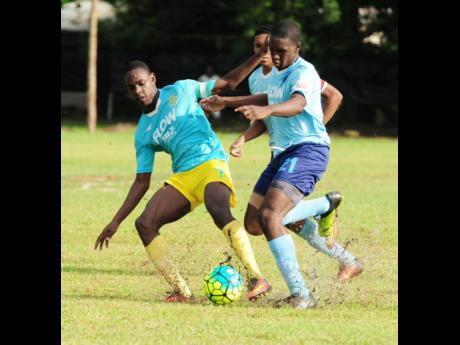 The winners remain second in the zone on 12 points behind Godfrey Stewart who lead with 15.

Dadrian Davis gave Little London the lead with a 39th minute penalty. They then doubled the lead just after the half-time break when Shane Ricketts hit one that was too powerful for the Mannings' goalkeeper Jemar Lue to handle.

But Manning's did save face with a goal in the 76th minute. Second-half substitute Romaine Mongal stole the ball in a tackle with Clifford Clarke, the Little London goalkeeper, to fire into the unguarded net.

Manning's had the chance to steal a point, but an 89th-minute penalty was missed by midfielder Jevaughn Facey.