daCosta Cup inter-zone round kicks off 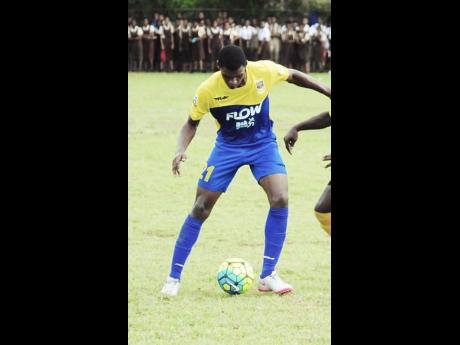 With the first round of the 2016 ISSA-FLOW daCosta Cup now out of the way, attention is now turned to the inter-zone battles, of which several blockbuster matches are scheduled for today.

One such is the Zone C clash between defending champions St Elizabeth Technical (STETHS), and Holmwood. This game will be played at the Manchester High School ground, starting at 3:30 p.m.

STETHS, one of five teams with strong chances of lifting the title this year, along with Dinthill High, Cornwall College, Rusea's High, and Clarendon College - have been slowly getting into gear; just the way they appear to like it, and according their technical director, Wendell Downswell, the inter-zone round is the part of the competition that will trigger the usual STETHS tenacity.

"We look forward to this part of the daCosta Cup. The players know what is to be done and now that we have passed the first stage, it is now time to just become bolder and stake our claim," Downswell told STAR Sports.

STETHS are now drawn in Zone 3 along with Holmwood (first in Zone G), Mile Gully High (second in Zone F), and last year's semi-finalists Lennon High out of Zone E. Mile Gully will tackle Lennon to complete today's schedule in the zone.

Meanwhile, the competition's most prolific team, Dinthill Technical, face strong opposition in Port Antonio, as they go in search of their first points of the second round.

Dinthill have scored 49 goals so far and are one of only two teams with a perfect win record, the other being Cornwall College.