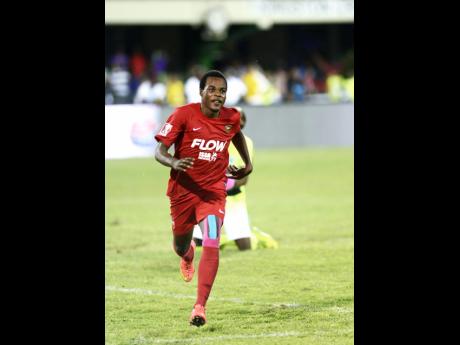 Ignore the chances of Falklands SC at your own peril; they are one of two debutants in this year's Charley's JB Rum-Western Confederation Super League and are already hyped and raring to go title-hunting in their first season.

The St James Senior League champions boast a plethora of extremely talented young players, and are coming into the Super League campaign not to make up numbers, but to make a statement, said head coach Gregory Palmer.

"If you look at what this club has done over the past three seasons, coming from division two, winning division one, and then the senior league title, it speaks of real quality," Palmer said.

"It is this same squad that we are banking on for a strong showing in our first season and hopefully gain a place in the final. But that's a long way off. We are determined to show our quality, but I believe opponents will fear us," hinted Palmer.

Falklands romped to the senior league title last season, stopping Catherine Hall 1-0 in the final on a goal from Jason Malcolm.

The midfielder will again be joined at the summit of the attack by Cornwall College strike duo Jourdaine Fletcher and Peter-Lee Vassell. The pair combined for 34 goals last season in leading Falklands to the title.

Fletcher scored 18 times last season for Falkland, while Vassell added 16 strikes in a remarkable season. They will once again feature big in Palmer's plans.

It will not be that easy, however, as Sandals Whitehouse SC can testify. But Falklands are in it, according to Palmer, to make a statement.

Falklands will kick off their season against beaten 2015-16 finalists Sandals Whitehouse SC, in the second match of a Jarrett Park triple-header at 5 p.m.

Clarks Town FC will open the season against Three Miles River FC at 3 p.m., while champions Granville United FC get their title defence under way against Hopewell United FC at 7 p.m.