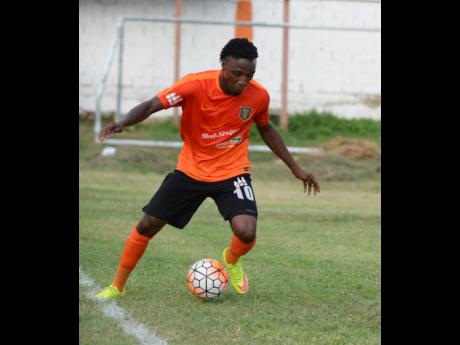 Johnson scored on 28th minute to lift Tivoli to the top of the Red Stripe Premier League standings. Both the west Kingston-based club and the former leaders have 42 points but Tivoli are in front on goal difference.

Tivoli's coach Omar Edwards said after the match that Johnson's leadership and experience has been important in recent matches.

"This team looks to Teddy all the time. His level of experience and leadership speaks for itself and it showed today in this win," said Edwards.

The match between the top two teams, played before a packed Wespow Park, never lived up to the pre-game hype as the hosts started flat.

Schoolboy Jourdaine Fletcher and Omar Gordon started in attack with Allan Ottey and Dino Williams left on the substitute's bench.

Gordon had just one shot on target in the entire match, while Fletcher was below par. Second half substitutes Ottey and Williams provided a little more pace but neither was effective.

Tivoli looked to bolster their defence while leaving Johnson to make do with passes sprayed forward.

It was on one of these many passes from defence that caught goalkeeper Jacomeno Barrett in two minds and Johnson simply rolled the ball into the far corner of the net for the only goal of the game.

"We lost the game from the first half," stated a disappointed Dillon Thelwell, the MBU coach.

"There was no pace in the game. We were flat from the opening whistle and Tivoli capitalised," he said.