I have come a long way - Dottin 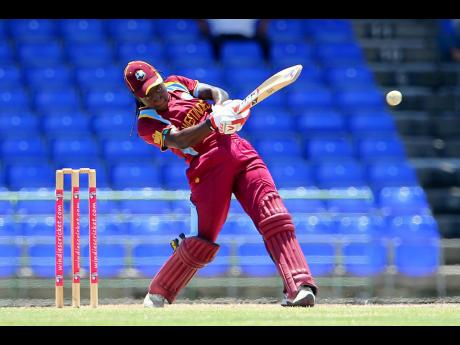 All-rounder Deandra Dottin is set to join West Indies Women captain, Stafanie Taylor, in playing her 100th One-Day International, as the Caribbean side take on India Women in their second match of the Women's World Cup today.

The 26-year-old has been a linchpin in the Windies side ever since making her international debut nine years ago as a 17-year-old, ironically alongside Tayor.

"I am feeling really great about that achievement. Having to be playing for the West Indies and playing so many matches," the Barbadian said.

"It all happened so fast and it all came so fast that I didn't realise until the last training session we had yesterday (Tuesday).

"It means a lot to me because I can actually tell the tale, share my experience with upcoming players [on] how it has been through my [career]."

Dottin made an unbeaten 33 in her first game and has gone on to accumulate 2366 runs at an average of 27, with 17 half-centuries.

She pointed to her career-best 95 against Pakistan Women six years ago in Bangladesh as the highlight of her career.

Over the years, Dottin has added a new dimension to her game and is now an effective seamer with 50 wickets.

Dottin said she had come a long way from when she had first started as a teenager playing on the streets of Barbados.

"I've made a massive improvement [since I first started]. Where I was back then, I was just a normal, ordinary kid playing cricket and just doing what I came up doing as in playing cricket with my brothers," she said.

"After being trained and getting coaching I got more educated about it and it has me in a better place at the moment where I know I have improved a while lot."