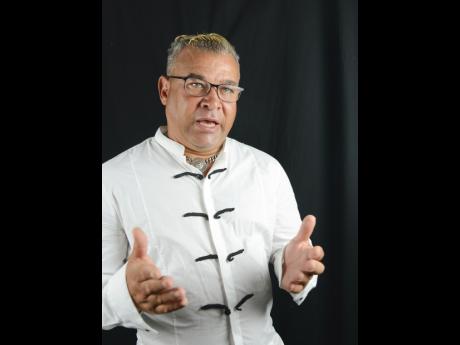 Craig Butler, the controversial father figure and manager of Jamaica-born Bayer Leverkusen attacker Leon Bailey, is again casting doubt on the player's international future, claiming also that the German club is not keen on him representing Jamaica.

Butler and the then Captain Horace Burrell- led Jamaica Football Federation (JFF) were long at odds with the outspoken Butler famously presenting a list of conditions under which his biological son, Kyle Butler, and Bailey would represent the country. Kyle plays for Maltese club St Andrew's FC.

However, with the Phoenix Academy founder publicly supporting the candidacy of new JFF boss Michael Ricketts, things seemed to have been heading towards a resolution.

Butler yesterday told STAR Sports that promises made by Reggae Boyz team manager Roy Simpson have not been met, resulting in an about-turn on the pair's future.

"In the past 24 hours we have gone full circle on the feelings on representing Jamaica," Butler said.

"Leon and Kyle made themselves available and were told letters were being prepared. In the late hours of the night, last night (Sunday night), Roy Simpson, the manager of the national team, advised me that, logistically, they could not do it."

Simpson is travelling with the national senior team for a friendly international with Saudi Arabia and could not be reached for comment.

"Roy is the same manager that never selected Leon to begin with, in the past, so it doesn't auger well for the future," added Butler, who went on to suggest that the striker's Bundesliga club would prefer if he does not represent Jamaica.

"So now with Leverkusen advocating that Leon doesn't play for Jamaica and Roy Simpson not seeming to want neither, Kyle, the Phoenix players, nor me, involved in the national programme, (I) must consider our options once more, and decisions we make have far-reaching implications either way," Butler warned.

"I will watch a little more now from a more guarded position and see if the JFF has the courage and willingness to welcome the future of football or if we will have to consider another country again. We love Jamaica and want to play," he added.

"Just let them play and stop fight against them. The egos in Jamaica are unbelievable!"

Bailey, enjoyed his best week since his reported €20 million move to Germany, creating two assists and scoring a deflected goal in his last game.