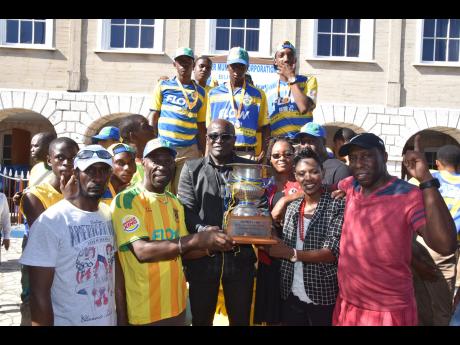 With Rusea's High School's victory in the 2017 ISSA/FLOW daCosta Cup seen as proof that Hanover's football has a good foundation on which to build, the parish's football association president, Sheridan Samuels, says lack of funding is undermining development at the senior level.

"If we don't have anyone coming forward to support this unit in making the transition from the junior level to the senior level, we will always be like this," said Samuels, who is also the mayor of Lucea. "Currently, we are trying with Hopewell United. We are getting a certain level of sponsorship and as a result, they remain in the super league."

Asked to draw a comparison between the football programme in Hanover with that of the neighbouring parishes of St James and Westmoreland, which are seemingly enjoying much more success, having teams competing in the nation's top club competition, the National Premier League, Samuels insisted that the lack of quality investment and not talent is their Achilles heel.

"We are relying on the Jamaica Football Federation for the assistance that they intend to give to parish associations to aid their youth development programmes," said Samuels. "We have done a lot of proposals that we have sent out to the various companies and is awaiting their responses."