Age is not an issue - Atkinson 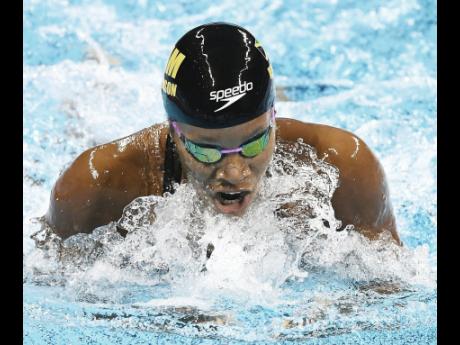 Alia Atkinson turned 29 earlier this week, but the four-time Olympian isn't worried about her advancing years. In fact, the breaststroke world champion says that there is a growing number of top swimmers who are extending their careers these days. According to her, the FINA Swimming World Cup tour is a big contributor to this emerging trend.

Asked if she was inspired by American Dara Torres, who won three silver medals at the 2008 Olympics at age 41, the engaging Jamaican said, "There are always outliers. We have Anthony Ervin who was 35 when he got gold in the last Olympics, and there's numerous swimmers late on to their thirties."

"It's nothing that we have never seen before", noted the 100, metre breaststroke short course world record holder.

Ervin took gold in the 50 metre freestyle at the 2016 Olympics for the United States of America.

Atkinson, who is scheduled to conduct a swimming clinic in Kingston starting next week, suggested that the World Cup has enabled experienced competitors to stay in the pool.

"The World Cup is one of the things I have used to fund myself for the past 3-4 years," she explained. "So before that you didn't really see swimmers going past college years, because they had to start getting a job and moving on."

"But with the onset of that, we see swimmers holding on a little longer."