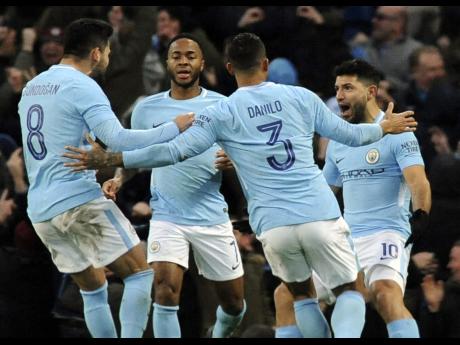 Bristol City, an unheralded club in England's second tier, has beaten four Premier League opponents - including Manchester United - to reach the semi-finals of the League Cup.

Next up today are Premier League leaders Manchester City, who haven't lost any of their 26 games in domestic competition and, according to Bristol City manager Lee Johnson, will "etch itself in history as one of the greatest teams to have ever graced the pitches in England".

That the competition's semi-finals are played over two legs makes Bristol City's task of causing a major upset even harder, but there is scope for encouragement.

Man City have failed to score just once at home all season and that was against another second-tier team in Wolverhampton Wanderers, who took Pep Guardiola's side to penalties following a 0-0 draw after extra time.

Squad rotation could be in Guardiola's thoughts amid Man City's busy run of fixtures across three competitions - the league, the FA Cup, and the League Cup - but he could choose to go hard in the first leg and try to have the semi-final all but secured before heading to Bristol for the return match on January 23.

"We don't want to wait for the second leg," Man City midfielder Ilkay Gundogan said. "We want to try to have the perfect result in the first one."

Man City fielded a strong team for a 4-1 win against Burnley in the FA Cup third round on Saturday and it is never easy to second-guess Guardiola's line-ups.

With Liverpool up next in the Premier League, where City holds a 15-point lead, Guardiola may opt to give many of his reserves a run-out.

Bristol City eliminated Watford, Stoke, Crystal Palace before knocking out United, scoring some spectacular goals along the way. Since that United game, the team has won just one of its five matches - and so far in 2018, it has lost 5-0 at Aston Villa in the league and 3-0 at Watford in the FA Cup.