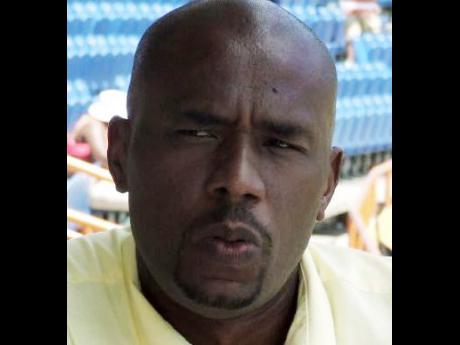 Former West Indies fast bowler Ian Bishop has leapt to the defence of the West Indies Under-19s after their actions during the Youth World Cup fixture against South Africa Under-19s on Wednesday, drew strong criticism from current and former international players.

Young Windies captain Emmanuel Stewart sparked controversy at Bay Oval here when he successfully appealed against opener Jiveshan Pillay for obstructing the field during the 17th over of the South Africa innings.

The incident arose when the left-hander picked up the ball and tossed it to Stewart after inside-edging a drive at fast bowler Jarion Hoyte while on 47.

South Africa's Test captain, Faf du Plessis, led the chorus of rebukes, saying on Twitter: "This is a absolute joke...not in the spirit of the game. I have done this almost a 100 times."

Former Proteas Test wicketkeeper/batsman Mark Boucher was scathing in his condemnation, pointing out that the practice of picking up the ball was a common practice in international cricket.

But Bishop, a television commentator for the match, defended the Young Windies while pointing out that they were undergoing a learning process at this level.

"Whatever your view is, these are young players learning the game. How many mistakes have we made in different spheres of life? I'm not saying it's a mistake. It depends on your perception. But it's such a learning situation.

"If you're talking about the so-called 'spirit of the law', maybe it's an opportunity to learn, but I don't think you can be hard if you think the decision was wrong. You can't be hard on these. These are kids learning their way on the path to being adults."

Bishop, who played 43 Tests before becoming a respected media pundit, called for a revision of the law.

"I would advise the law itself needs to be looked at in the case where it is just a friendly way of throwing the ball back," he said.

Under Law 37.4 in the rules of cricket regarding 'returning the ball to a fielder', it states: "Either batsman is out obstructing the field if, at any time while the ball is in play and without the consent of a fielder, he uses his bat or any part of his person, including a hand not holding the bat, to return the ball to any fielder."

Tweets on the incident:

"Disgusting! Once again WI junior team involved in a matter that goes against the spirit of the game." .

"Law or not, I've seen @ABdeVilliers17, @stevesmith49 and @imVkohli pass ball back to fielder. Follow their example youngsters! Play hard but play fair within spirit of game!"