We have to get the job done - Richardson 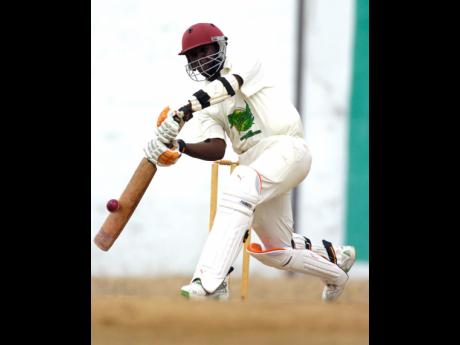 The two-day affair, which bowls off at 9:30 a.m. each day, will see Melbourne parading several national players, starting as favourites.

McCarthy is expected to make a return after missing last weekend's semi-finals, which his team won by an innings over St Catherine. His absence was due to the death of his father.

Guyanese Fudadin and Campbell, in the meantime, who has been overlooked by the national selectors in recent years, will be hoping for a continuation of form after each scored a century against St Catherine.

"Last year, we got to the final but we did not get to finish the job. However, this year we want to be different," said Richardson, whose unit are contesting their third straight final.

"We know that UWI has some quality players with international and first-class experience, but so too are we, and at the end of the day, we are looking to pull through."

This is in addition to Jamaica four-day captain, Paul Palmer, and former national Under-19 batsman Leonardo Friginette, who scored 126 in their semi-final triumph over Manchester.

"It is the first time that we will be contesting the final of the Senior Cup, and I am looking forward to us giving a good account of ourselves," said Samuels, who guided his team to the national one-day final two seasons ago.

"Melbourne is an experienced team, and we know they will be hard to beat. But if we can continue to play positive and disciplined cricket, we should do well."