Windies, Bangladesh to face off in Florida T20s 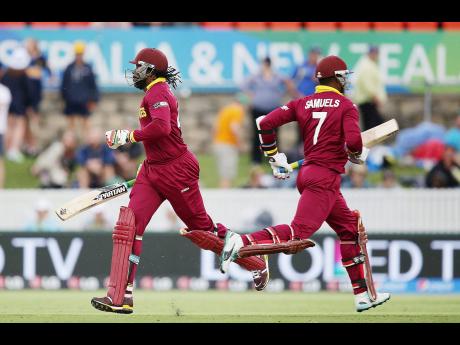 The first T20 International is carded for Warner Park in St Kitts on July 31 before back-to-back matches are played at the Central Broward Regional Park Stadium in Florida on August 4 and 5.

News of the US fixtures had come via media reports last weekend.

"Both matches are scheduled for the weekend and will be played under the lights, so it's a great opportunity for Windies fans in North America to see the team play against a very competitive Bangladesh side."

West Indies have won three of the four T20Is at the venue, with the other one ending in a no-result following rain.

They swept New Zealand 2-0 back in 2012 before beating India 1-0 when the Asian side toured the Caribbean two years ago.

Grave said the continued thrust of staging international cricket in the US was part of CWI's strategic plan.

"This is one of the initiatives outlined in our new strategic plan for the period 2018 to 2023," the Englishman said.

"Our intention is to work with ICC Americas members, USA Cricket and Cricket Canada in partnership to establish cricket as a popular sport from North to South America, create opportunities for West Indian fans to watch the team live, and build support for the Windies."

He continued: "Through this initiative, it will support our strategic objectives to increase the number of people who watch and follow Windies cricket, and help unlock the full potential of the Windies outside of the Caribbean.

"We look forward to having West Indians, Bangladeshis and fans of the game from all around the United States coming to join us at the Central Broward Regional Park Stadium for the two matches."

Bangladesh tour of the Caribbean starts July 4 and will see them clash with West Indies in two Tests - at the Vivian Richards Cricket Stadium in Antigua and Sabina Park in Jamaica.

The National Stadium in Guyana will then play hosts to the first two one-day internationals of the three-match series with the final match set for Warner Park.