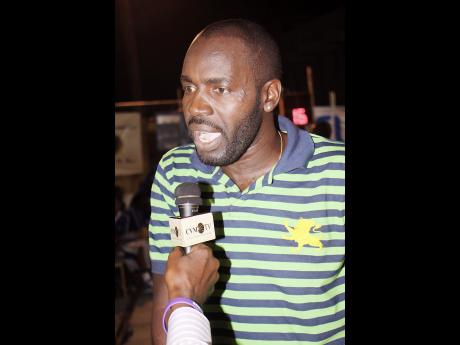 St George's Slayers' coach, Rohan Robinson, said based on early season projections, no one believed his side would have won the National Basketball League (NBL) title.

Robinson, who won the second and third ('05 and '06) editions of the NBL as a player, is winning his first NBL title as coach.

Slayers defeated UWI Runnin Rebels 74-60 in Game 3 at the National Arena on Sunday to take the series 2-1.

However, Robinson described their start to the season as chaotic, but said things came together when it mattered most.

"I'm elated because of how it started and came together. First, we didn't have enough players but we had Michael coming home at the time. Then, some teams did not get to put their teams together and we got some of those players, and we saw players and invited them in. But I didn't see this (winning title)," he said.

"They (players) were all alphas and we didn't have a leader so it was chaos. But in the semi-final, the attitudes change and from that point we knew we could win," he continued.

In the first three meetings with Rebels this season, they lost three times. But Robinson was convinced he knew how to beat them, he told STAR Sports, and so he prepared strategically for the matchup.

"The first three times we played them we didn't get to practise and they won. But I knew how to beat them I just knew we needed to practise to put in our strategy.

"We then met Rebels in the conference final and beat them because we trained the Wednesday, Thursday and Saturday before the game," he said.

Having final MVP, Michael Rogers, who played overseas in a short stint as a pro, was also vital to their success. And he is confident they will put up a strong title defence when the tournament starts again in November.

"Michael Rogers came back at the right time. He is the floor general. His experience was key," he said. "For next tournament we have people who want to be part of the team, so we should have a younger and a more experienced team," he added.

Rogers had a game high 23 points and 11 rebounds, followed by Anthony White, with 14 points and 12 rebounds, and Andre Rose, with 12 points. Rebels' Javon Bailey posted 15 points and Kimani Friend had 12 points and eight rebounds.