Virtue expects Brazil to get better 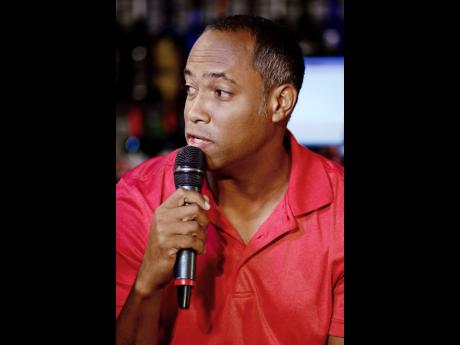 Andre Virtue of Ballaz International has described Brazil's performance in a 1-1 draw against Switzerland yesterday as an "average one".

Virtue made his comments at a KFC Big Match World Cup viewing party at Liberty Park in St Andrew.

Brazil led when Philippe Coutinho scored a brilliant goal in the 20th minute. However, Steven Zuber equalised for Switzerland in the 50th minute.

"It was an average goal. I expected Brazil to do better because I am a Brazil supporter as well, but football is such that you can't take any team lightly. Switzerland are in the World Cup. Although not considered as a big team, they play well together," Virtue, coach of Liguanea FC, told STAR Sports.

"Brazil did not take their chances and that allowed Switzerland to get back into the game. The first couple of days in the World Cup have been good. People expect a lot from the big teams, but the occasion is such that these favoured teams are tentative and not playing as expected," he added.

"I think it will get better as the teams will realise that if they don't get three points they could be out. For the big teams, getting a point (in first game) is good but they have to come out in the second game," Virtue said.

Jamaica-born Bayer Leverkusen star Leon Bailey should have been the special guest but skipped the function because of other commitments.

A full house was, however, at the viewing party.

"I am satisfied that we were able to create an environment for football lovers, thanks to KFC who came on board and we had a great time," Virtue shared.

"I am disappointed that Leon Bailey did not turn up because of other commitments. He is a Jamaican and although he's not playing in the World Cup, he is our star," the former Jamaica College and national youth midfielder concluded.