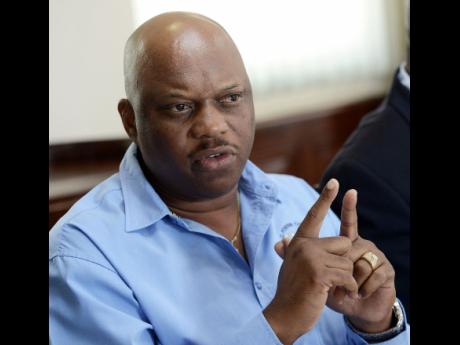 The Jamaican national athletics team is making a good transition into the post-Usain Bolt era. That's the view of Sprintec Track Club founder and coach Maurice Wilson. Results in 2018 have made Wilson confident about Jamaica's prospects for big championship meets next year and in 2020.

In a review of a season where Jamaica garnered success at the Commonwealth Games, the CAC Games, World Under-20 Championships, the IAAF World Cup and the NACAC Championship, Wi!son was happy.

"Well, it was a deliberate attempt by the coaching staff to attack every single meet because without a Usain Bolt now, we have decided that we need to make the world understand that we still have talented athletes, so from the Commonwealth Games, we started to target every meet."

The strategy produced more medals than ever at the Commonwealth Games in Australia, when the Jamaican count was 25, with 7 gold medals and at the NACAC meet, when the team took 21 medals with 7 gold. The good signs appeared at the CAC Games with 17 medals and at the Athletics World Cup, where Jamaica took away 16 medals.

During that period, Jamaica also rewrote its record books with an unprecedented collection of 12 medals at the World Under-20 Championships.

According to Wilson, who was speaking at the signing on August 24 of a memorandum of understanding between Sprintec and the G.C. Foster College for Physical Education and Sport, there is still work to be done. "Of course, we have weaknesses in the relays, but we are building for 2019 and ultimately for 2020."

He recommends the introduction of relay camps to overcome modest returns in the 4x100 metres this year. "We must come to an understanding of how we're going to deal with these relays", he said.

Between the men and women, Jamaica managed to win just one gold medal in eight attempts at regional and international meets this year.

"You must show those characteristics that will create relay unity", he stressed, "and that is important because all the countries now have relay camps and they have been doing extremely well, so it's not just about putting four fast persons together but having that camaraderie, that understanding in order for our teams to do well."