'Fuzzy' ready to bring title to his community 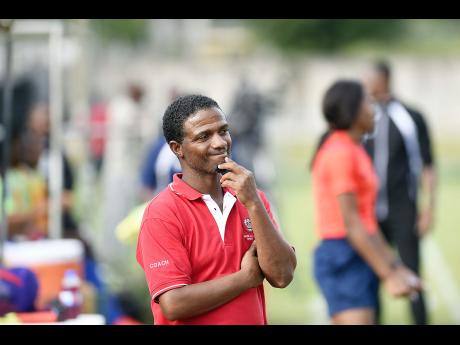 Gayle took over the position after Duckie exited the Drewsland-based club for newcomers Mount Pleasant Academy of St Ann. Duckie had guided Waterhouse from relegation zone last November to the RSPL final, where they lost to Portmore United on penalties.

Now Gayle, who returned to 'Firehouse' after spending the last 10 years at the University of the West Indies, is fully aware that he is expected to do better by taking the nation's top- league title to his home community.

TAKING IT IN STRIDES

"I put pressure on myself. Most definitely we want to win but will be taking it in strides. We are not looking at the end right now because it will be nine months of football, " Gayle told STAR Sports recently.

"Last season is behind us now. I am here and preparing the team as best as possible. Right now, we want to take it step by step. The first game is against Dunbeholden when the season start on Sunday, September 16. We will be working on some things to be up and ready for that challenge," Gayle pointed out.

"With the exception of 'Dada' Daley, who is still in the USA, the other players that I have brought in are all in training and going through intense preparation to get them ready for the start of the season. Last season, the team did not score many goals so we have bolstered the attack," Gayle also said.

The Drewsland-based side won their last of three titles in 2014.