Ardenne motivated by past glory 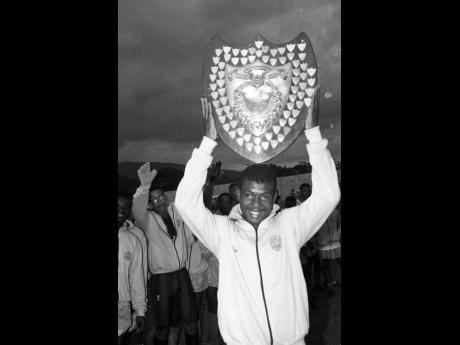 In this file photo from December 14, 1991, captain of All Island Schoolboy champions Ardenne High School, Lloyd Terrelonge, holds the Oliver Shield aloft after his team had beaten Clarendon College 2- 1 in the final leg of the two-way play-off at Woodside. 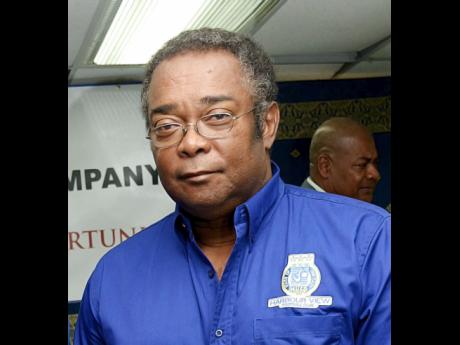 Having won the prestigious Manning Cup in 1991, Ardenne High have since struggled to replicate their solo success in the schoolboy football competition.

In that time, the Ardenne Road institution under the guidance of former coach Hugh McCarthy put together a strong team that worked hard together and captured the Manning Cup, symbol of urban schoolboy supremacy.

Twenty-seven years later, coach Harold Thomas says that although he used the success of the '91 squad as a motivational factor, it is difficult when you do not have the players.

"I have been there for the past three years and have tried everything possible. It is very challenging when you don't have players with experience. We don't normally have players who come into the squad playing at the club level," Thomas told STAR Sports.

"We have tried to motivate them with the story of the success of that winning team. In fact, one of the assistant coaches here, (Lloyd) Terrelonge, was a key defender on that team. He always shares his experience with the players," Thomas said.

"Motivation can only carry you as far. Our main problem is retaining players. From the squad last year,12 players were eligible for the Manning Cup, but three moved to other schools chasing glory, and the others did not have much success in academics," he explained.

Looking ahead to this year's competition that kicks off this afternoon, Thomas said he has a very young unit with little experience.

"We are in a tough group with traditional contenders such as former champions Kingston College, Calabar, Dunoon Technical, as well as Clan Carthy and Mona. It is a group of death in my eyes," Thomas said.