I am impressed with local lads -Mariappa 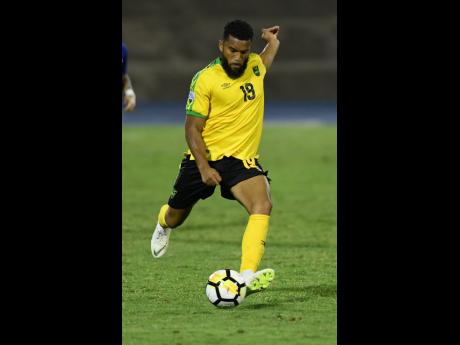 England-based Reggae Boy Adrian Mariappa is impressed with the local players involved with the national programme after being with them for the last two international games.

Mariappa was recalled to the Reggae Boyz squad after being out for two years.

Although the Boyz were topsy-turvy in the two matches, having lost 2-0 in the friendly against Ecuador last Friday night and bounced back with an easy 4-0 victory against The Cayman Islands two days later, Mariappa believes the local players will improve with more matches.

"I have been really impressed with the local boys since I have been in the camp for the last week. It will be interesting to see how they progress. They played with no fear on the pitch and put in the work," Mariappa, who represents Watford in the English Premier League, told STAR Sports after the Nations League opener on Sunday night.

"I don't see any game as easy; we still have to put on a performance. It was a professional performance, four goals, a clean sheet. We could have played better," the 31-year-old defender added.

Mariappa's club has made a tremendous start to the season in England by winning all four of their games to accumulate 12 points, the same as league leaders Liverpool and Chelsea. However, Watford are third on goal difference.

"It is a great start from Watford, as you see four from four. It means nothing if we can't carry on. We just have to continue build confidence to know that we can beat any team we play," he said.