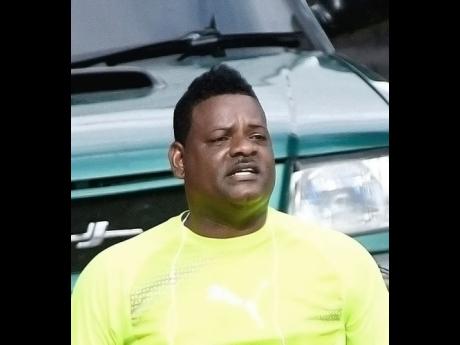 Donovan Duckie, coach of Mount Pleasant Academy, admitted that he could get emotional when he faces his former team Waterhouse in their next Red Stripe Premier League fixture at Drax Hall on Sunday.

Duckie lifted Waterhouse from the relegation zone last season and took them to the final but was persuaded to join the bright and flashy new Mount Pleasant Academy whose owner, Peter Gould, spent lavishly in the offseason.

And after defeating defending champions Portmore United 2-1 in their opening game of the season at the Spanish Town Prison Oval last Sunday, Duckie said it will be difficult to go up against his former club.

"It is going to be difficult and there will have to be emotions," Duckie said. "With the Waterhouse project we had a lot of success in six months and we still have a good relationship with the players. I have a lot respect for Marcel Gayle. He has taken over the project but I am looking forward to the next game and we are humble."

Duckie's departure from Drewsland was far from smooth as some parties felt as though he dished the club a raw deal.

It is reported that Waterhouse had offered the St Mary native a long term contract but he delayed signing the document and was able to switch to Mount Pleasant without any challenge.

He took with him some key players who contributed to the success of Waterhouse last season, chief among them national representative Cardel Benbow who was instrumental in the St Ann-based club's victory over Portmore.

Mount Pleasant stole all three points in the final play of the game against Portmore when Suelae McCalla fired home a long-range effort and sent the travelling fans into wild celebrations.

The game was heading for a draw as the teams were locked on a goal a piece for over 60 minutes of the contest. Devon Hodges, who won the golden boot for his former club, Rivoli United, in 2009 and 2010, marked his return to top-flight football with the opening goal of the game in the sixth minute.

But five minutes later, Rosario Harriott drew level before McCalla brought down the curtains in the final seconds of the match.