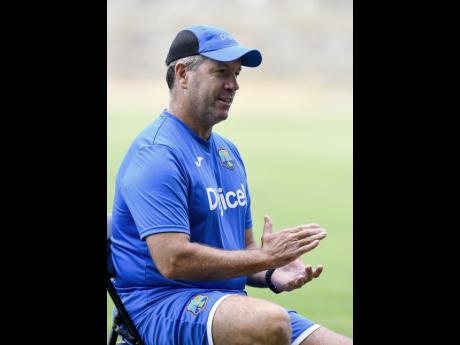 Australian Stuart Law has quit as head coach of embattled West Indies just eight months before the start of the ICC World Cup in England, dealing a severe blow to the regional side's preparation for the event and leaving authorities scrambling to find a replacement.

Cricket West Indies announced yesterday the 49-year-old would leave his post at the end of the year, following nearly two years at the helm, during which time he oversaw the two-time World champions' qualification for cricket's major showpiece but otherwise failed to turn around the fortunes of the struggling side.

The announcement of Law's departure also comes 11 days prior to the start of a difficult two-Test series against powerful India in Rajkot, casting somewhat of a heaviness over the tour which also includes five One-Day Internationals and three Twenty20 Internationals.

Law, who took up the post last year February, will now join English county Middlesex in the New Year as their new head coach on a four-year deal.

His imminent departure was met with disappointment from director of cricket, Jimmy Adams, who rued the 'timing' of the decision.

"While I regret his leaving and the timing of it, I fully understand his reasons, and along with everyone at Cricket West Indies (CWI) want to thank him for his dedication and commitment whilst in the role and wish him the very best of luck at Middlesex," said the former Windies Test captain.

Law, who will also oversee the tour of Bangladesh in November which follows the full series in India, said the decision had been a difficult one but ultimately he wanted to be closer to his family.

"I have had to make the difficult decision to leave my role of head coach with CWI. It has been very enjoyable, and I believe we have made tremendous strides forward as a team during the past two years," he said.

"I would like to thank the players, staff and the fans for their support over this period, I have appreciated it greatly. I will be taking a role with Middlesex CCC which will keep me close to my family, whilst continuing within the cricket family. I wish the players and staff of CWI every success in the future."