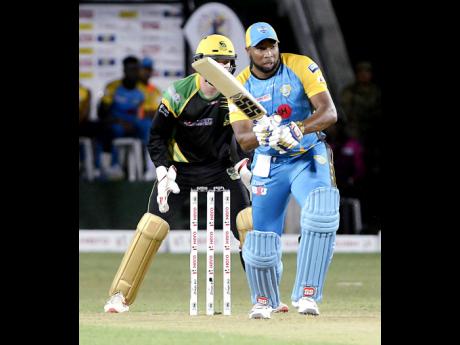 West Indies head coach Stuart Law has defended underperforming all-rounder Kieron Pollard contending the player's value to the Twenty20 could not be assessed purely on the basis of numbers.

Pollard is one of the biggest names in the T20 format but has struggled over the last two years for the Caribbean side, scraping only 124 runs in his last 11 innings at an average of 12.

Pollard has scored only two half-centuries in 58 matches, with the last of those coming six years ago against New Zealand in Florida.

"Pollard brings a lot, both on and off the field. With the youngsters in the squad, it's someone like Pollard who motivates them in the dressing room," Law said of the 31-year-old, who has scored 14 and six in the ongoing three-match series against India.

"He's a senior member of the squad, and we all know what he's capable of when he gets going. Pollard isn't in the side only because of what he brings inside the ground. He's one of the biggest motivators of the youngsters, and he's just a game away from reminding us why he's such a T20 force."

West Indies are without their first-choice squad for the series, missing the likes of Chris Gayle, Evin Lewis, Andre Russell and Sunil Narine. In response, selectors opted for five debutants and also included several players with minimal experience at the T20 level.

As expected, the tour has been chastening one for the Windies. They were swept 2-0 in the Test series, lost the ODI series 3-1 and are behind in the T20 series.