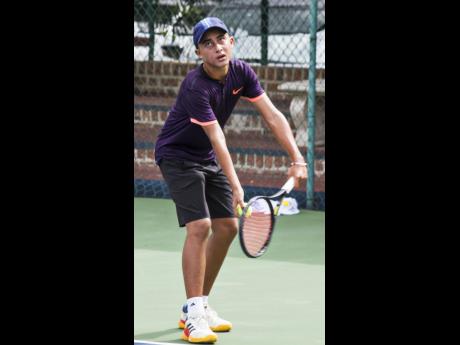 Jamaican junior tennis player John Chin is now at a Brazil training camp, having been invited by the South American Tennis Confederation (COSAT) to train with the Brazil Tennis Federation in Florianapolis. He will be in Brazil until Saturday.

Chin, 15 years old, was invited along with four other boys and five girls from Central America and the Caribbean, based on their current international junior ranking, and will join top junior players, aged 15-16, from Brazil and other South American countries.

World-renowned high-performance coaches and former world-ranked professional players from Brazil and Argentina will be on hand for the one week intensive training with the selected juniors. Patricio Arnold, the High Performance Coordinator of the Brazilian Tennis Federation is the head coach at the camp.

Chin, who spoke before leaving for Brazil, said "training in Brazil will give me a good opportunity to learn more, get match play from some of the best guys in South America, and hopefully improve my game,"

Tennis Jamaica's president, Aswad Morgan said "we at Tennis Jamaica are happy and proud that one of our promising juniors received this invitation. This is just another step towards the development of the game amongst our youngsters and to allow them to get to a higher level in the sport. Our vision of adding tennis to the list of sports being represented by Jamaican athletes at the Olympics in the near future is in sync with the Jamaica Olympic Association. We wish Joey Chin well at this camp, and hope that he maximises the benefits of this opportunity."