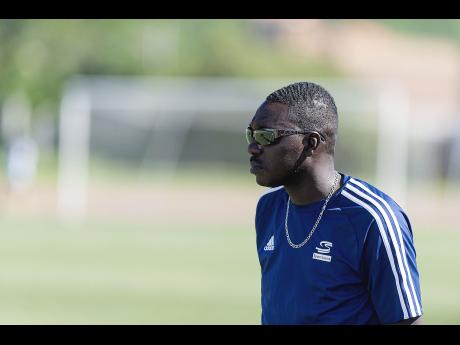 Tivoli Gardens FC head coach, Omar Edwards, said the absence of match officials for their Red Stripe Premier League (RSPL) derby game with rivals Arnett Gardens was a big disappointment for the players and coaches alike. However, he argues that the officials must have had good reason for their actions.

Spectators, players and coaching staff left the Edward Seaga Complex gravely disappointed after they waited for over 20 minutes before learning that match officials were staging a protest and there would be no game.

"Its a derby game and when it's a derby game, players are excited to play against each other," Edwards said. "Both teams were on the field warming up and going through their paces and then to be told that the game is going to be postponed, it does not harbour a good feeling in the players' minds."

Edwards said it would have been more prudent to issue a press release, even a day ahead of the games, which would save teams a lot of time and resources. "We were not advised that the referees would not turn up for the game," he said. "I don't know the reason for them not to show, within their organisation, but I am sure they are going to say they have their own good reason.

With the match being postponed, Tivoli decided to use the time to conduct a training session.

"But the players are very disappointed and they are a little bit down, but we are now going to conduct a training session and we have to be using additional motivation to ensure that the players at least get in some work and the day doesn't go to waste. They say they are going to do their best in the training session, and the coaching staff really appreciates the effort they put out," he commented.

However, the Tivoli coach expects a speedy resolution to the situation. "Our next game is Sunday (against hosts UWI FC), and I am sure things will be fixed before then," he said. "I have every confidence in the organisation of the referees, that this will not go on for any long period. They have decided to make a decision, but I believe those in charge of the referees will fix this problem. We don't know the referee's concerns and they might have concerns, but as a coach and players, we are here to play our part and it's unfortunate. We were disappointed that we haven't seen them."

Jamaica Football Referees Association president Malica Reid since told STAR Sports that the referees' protest concerns allowances owed to them since the start of the season. Today's two matches are expected to also be postpone because of the protest.