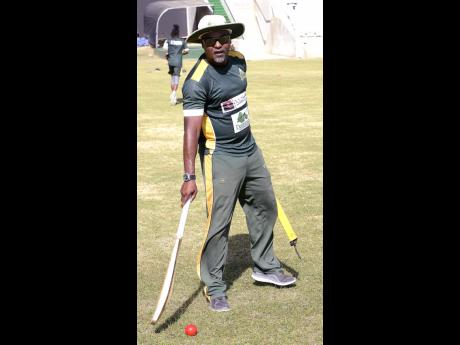 Andre Coley, head coach of the Windward Islands Volcanoes, said his team is very confident going up against the Jamaica Scorpions in their Regional 4-Day competition today at Sabina Park .

The Volcanoes will enter today's contest oozing confidence having defeated Trinidad and Tobago Red Force in their last game.

The Volcanoes, who will be playing their third match of the season, were beaten by defending champions Guyana Jaguars in their opening game of the season.

They will face a Scorpion team who were comprehensively beaten by Barbados Pride in their opening match of the competition.

Coley, who is a Jamaican, said the Volcanoes are pumped up for today's encounter and he is very optimistic that they will put on a good showing against the Scorpions.

"We are very confident and the atmosphere in the camp is very positive," said Coley. "We have been gelling as a squad for the better part of six months to a year and so as team, we are very positive about performing well consistently in each day of the match and leaving with a positive result," he said.

However despite being confident, Coley pointed out that he will not be taking their opponents lightly.

"We are expecting a tough match from them because if you look at their line up, I am sure that the Jamaican selectors will have problem selecting the final 11 and that is a good problem to have because it is a strong 13-man squad that they have," said Coley.

The Volcanoes team will be led by captain Kirk Edwards, along with veteran batsman Devon Thomas. They expect to receive support from young players Denis Smith, Josh Thomas and Obed McCoy.

Meanwhile, the Scorpions 13-man squad has seen a number changes with the inclusion of Rovman Powell, Fabian Allen, and Oshane Thomas who recently returned from West Indies' tour of Bangladesh.