Arnautovic not for sale! - West Ham 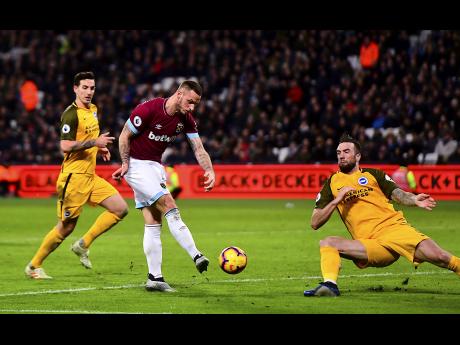 Marko Arnautovic's future at West Ham is mired in uncertainty after the English Premier League (EPL) club's star player expressed his desire to take up a lucrative offer from China.

A statement released by Arnautovic's brother Danijel, who also acts as his representative, to British broadcaster talkSport says the Austria forward "wants to go to a new market and challenge for titles" and that "it is his great desire that West Ham accept the offer from China."

It was not disclosed which Chinese club has made the offer for Arnautovic.

West Ham responded yesterday by saying Arnautovic "has a contract and we fully expect him to honour it. He is not for sale."

The 29-year-old Arnautovic is one of the most talented players in the EPL and has found a new level of consistency since joining West Ham from Stoke for a club-record fee of PS20 million (then US$26 million) in the summer of 2017.

He switched from being a wide midfielder to play up front under former West Ham manager David Moyes last season, and has stayed in that position under current coach Manuel Pellegrini.

Pellegrini says "I want to keep him, of course, but you never know what might happen in the future."

West Ham play Arsenal in the Premiership tomorrow and Pellegrini suggested Arnautovic will be available for the game.