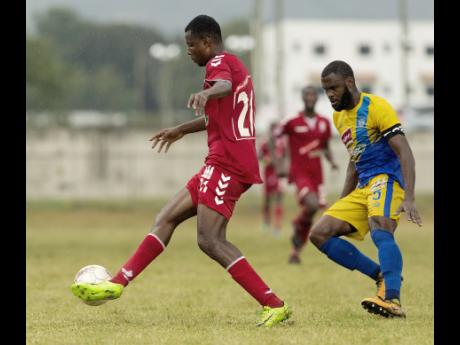 Nicholas Beckett, captain of Red Stripe Premier League outfit Harbour View, said self-belief is the key factor which has contributed to the team's run of four unbeaten games in the competition.

Harbour View, who had a poor start in the first round of the competition, have moved up from 10th to ninth in the table on 23 points following their 1-0 win over hosts UWI, who are sixth on 27 points.

Beckett, a veteran player in the young Harbour View squad, told STAR Sports that his players were very disappointed with their performance in the first round of the competition.

However, he said they have decided to work much harder in training and they are now reaping the rewards.

"It is a wonderful feeling not losing a game in four games and not conceding a goal as well," Beckett said. "I think we have been doing well from the start of the season, but we were just giving away some soft goals and not converting our chances; but we have started to put away our chances now and it is a good look for us."

The guys have done some soul searching and see that we need to start getting points on the board, because Harbour View are a 'results team' over the years ... we have started to put things together and we have started to win some games and collect the points," Beckett said.

He added that they are now targeting a spot in the play-offs of the competition.

"It is a wonderful way to start the new year and hopefully, we can continue on this path," said Beckett.

"We are aspiring to get to the top six because it is in reach, but we just have to keep focused and continue working hard," he pointed out.