Arsenal GK Cech to retire at end of season 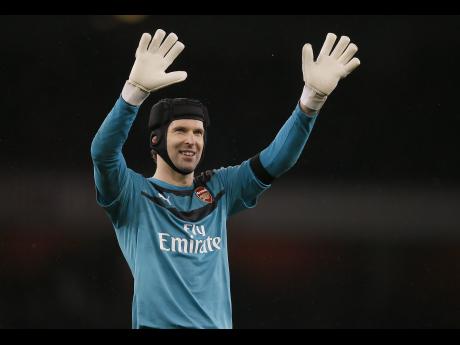 Arsenal GK Cech to retire at end of season

PRAGUE (AP) - Arsenal goalkeeper Petr Cech is planning to retire from football at the end of the season, ending the career of one of the best netminders in the Premier League.

"This is my 20th season as a professional player, and it has been 20 years since I signed my first professional contract, so it feels like the right time to announce that I will retire at the end of this season," Cech said yesterday in a statement.

The 36-year-old goalkeeper has a record 202 clean sheets in his 15 seasons in the Premier League since joining Chelsea in 2004 from French club Rennes.

After 11 years at Stamford Bridge, Cech moved to Arsenal in 2015. At the beginning of the current season, Cech became the first choice for Arsenal manager Unai Emery. But after seven games he picked up a hamstring injury against Watford and lost his starting role to Bernd Leno.

He has only played in Europa League and cup games since.