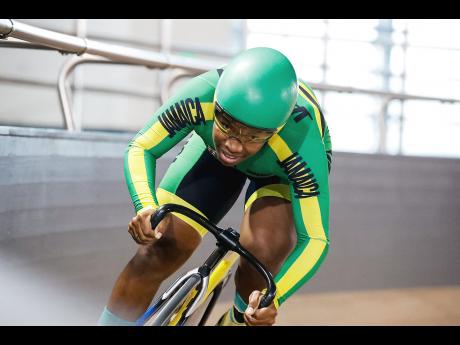 Dahlia Palmer, Jamaica's Caribbean cycling champion, is on her way to the last leg of her sport's World Cup. She heads to the Hong Kong Velodrome with growing confidence after learning to race the world's best on Milton, Canada and London, England. The Jamaican attributes her improved readiness to the work of her Trinidadian coach, Robert Farrier.

The London leg of the World Cup was in the middle of December and so Palmer trained through the Festive Season to prepare for Hong Kong.

"Since we came back from London, we continued the preparations, we kept at it just the same and keep improving more and more, so that is why we're looking forward to Hong Kong", she remarked from her training base in Trinidad and Tobago.

Her races in Milton and London have helped to teach her the nuances of global competition.

"The more I race against them, the more comfortable I get. So yes, we're looking forward to a better result in Hong Kong," said Palmer, winner of the keirin event at the 2018 Caribbean Championships.

The cyclist had high praise for Farrier.

Her participation in the World Cup has been supported by the Jamaica Olympic Association and the Jamaica Cycling Federation. Their support has enabled Palmer, a graduate of the University of Trinidad and Tobago and Green Island High School, to target the Tokyo Olympics in two years' time. She's is grateful and happy to represent her country.

In London, she was fourth in a heat of the keirin race won by Hyejin Lee of South Korea and later was again fourth in the repechage round, where Britain's Katy Marchant crossed the line first. Both Lee and Marchant reached the final, where the champion was Australian Stephanie Morton, a triple gold medallist at the 2018 Commonwealth Games.