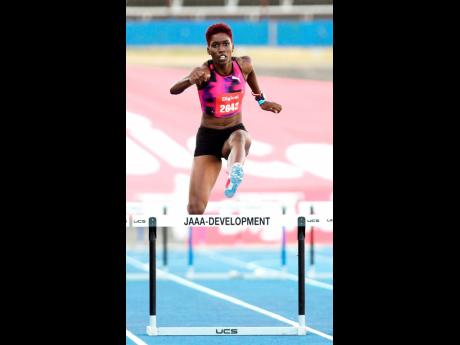 The 25-year-old Russell is coming off an excellent 2018 season where she captured the gold medal at the Commonwealth Games on the Gold Coast, Australia, as well as the gold medals at the Continental and World Cup events.

Russell told STAR Sports that this year is going to be much tougher, and she will have to better her personal best time of 53.46 seconds to be on the podium.

“I am working very hard compared to last year, and I have a lot of confidence, and I have been working on my core as well,” Russell said.

The talented hurdler, who is yet to open her season, added that her training has been going well because she is injury free, so she is looking forward to a very productive 2019 season.

“I am just crossing my fingers to compete the season because it is going to be very long, and I am hoping to complete it with no niggling injuries, compared to last year,” Russell said.

“Most of the people that run at the Commonwealth Games and also the circuit used 2018 to prepare for 2019, so I will be better prepared for 2019,” she said.

Russell, who won the World Junior 400m hurdles title in Barcelona, Spain, in 2012, said that she has prepared mentally and physically to deal to with whatever pressure may arise during the season.

“I am just going to listen to my coach and just trust my training, and trust in God, and things will work out for me this season,” she said.

The IAAF World Championships take place in Doha, Qatar, from September 28 to October 6.