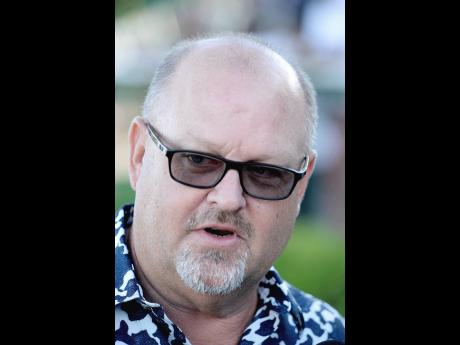 ANTHONY NUNES’ debutante, PRINCESS AVA, has impressed at exercise in two gallops from the gate, looking quite zippy last Saturday morning in 1:00.2 for five furlongs straight, the first four in 46.2, suggesting she could get off the mark in this weekend’s Eight Thirty Sprint for three-year-old maiden fillies.

One of five first-timers in a field of 15, PRINCESS AVA is not the best drawn at post-position five but has good pedigree to back her exercise gallops. She was sired by a son of Mineshaft, Mine Over Matter, who won seven races on the New York circuit, campaigning at Saratoga, Aqueduct and Belmont Park, where he was primarily a sprinter, yet won his fourth race at eight and a half furlongs.

A multiple stakes winner, Mine Over Matter only completed a season at stud in Jamaica before passing, leaving PRINCESS AVA as his first progeny to face the starter. Her dam, Exotic Selection, was unraced but was sired by Natural Selection, who has built a reputation of fathering classic winners.

PRINCESS AVA’s Saturday gallop was listed as the second-fastest that morning, bettered by AXLE ROD’s 1:00.1. AXLE ROD returned on Wednesday to finish second behind back-to-form EL PROFESOR, slowly into stride, having not raced since November 10 but was only beaten by two lengths behind a fast 59.2 for five furlongs round.

Also working well on Saturday was SHE’S ON WINGS, who clocked an equaling 1:00.2 but a slower first half-mile, 47.2, making her PRINCESS AVA’s main threat, having drawn post-position 15, three off the outer rail, the faster side of the five-straight chute, which is always a major advantage.

In addition to having a run under her girth, finishing fourth on debut behind RUN THATCHER RUN, who went on to win the Jamaica Two-Year-Old Stakes in his next start, SHE’S ON WINGS has a proven speed sire, Blue Pepsi Lodge, a track-record holder at Calder.

Though SHE’S ON WINGS has the draw and an outing in her favour, not to mention veteran Canada-based Barbadian, Simon Husbands, doing duties, PRINCESS AVA appears to have raw speed in her genes, evidenced by her 46.2 split, a full second faster than her more experienced rival.

A dark horse to note is Gary Subratie’s NUCLEAR EVITA, who ran among colts and geldings two weeks ago and ran really great, battling for the minors behind runaway out-of-class winner FATHER PATRICK.

Meanwhile, the Mercury Sprint for colts and geldings is to be approached with caution as equipment changes and first-time lasix could have a big say in the winner of the co-feature.

Ian Parsard’s JUST TRICK ME, who chased Jamaica Two-Year-Old Stakes third-place EARN YOUR STRIPE’s into the lane on December 15 at seven furlongs, has been refitted with blinkers, which he wore for his first three starts.

Dennis Lee’s ROY ROGERS put in an improved run when refitted with blinkers for his last race, actually disputing the lead with FATHER PATRICK to the half mile and staying on for third in the stretch run behind second-place EXTRUDER.

However, he did impede ONE SOO TRUE, somewhat, down along the rail, causing him to switch a furlong out. ONE SOO TRUE returns treated with lasix and has worked pretty well, clocking 1:01.0 from the gate last Saturday.