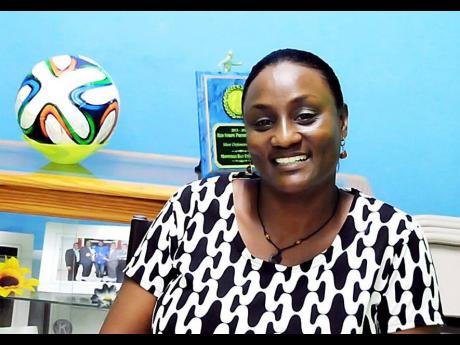 Montego Bay United's (MBU) general manager Sandra Christie says Sunday's 2-1 win over Cavalier is a major boost for the team in their quest to avoid relegation from the Red Stripe Premier League.

The victory moved MBU from the bottom of the standings to 11th spot on 24 points, with five matches remaining in the competition. Reno, who were scheduled to play Waterhouse in last night's Monday night game, were at the bottom on the table on 23 points.

Humble Lion are eighth on 31 points, Dubeholden ninth (28) and Harbour View 10th (27), are the teams above MBU in the standings.

Christie told STAR Sports that since the arrival of experienced Brazilian coach Luciano Gama, the players have been playing much better and they are also a lot more confident now.

"It (victory) is a significant boost as it pertains to making all the effort and putting our energies forward to avoid the relegation," said Christie.

"If you notice with the introduction of a new coach (Luciano Gama) and a new energy over the past few weeks and with the strengthening of the team, we have seen better results," she said.

"I think with yesterday's (Sunday) win, we expect to carry over this momentum into this upward trend and move up to the table to avoid relegation," Christie said.

MBU will head into their last five encounters with games against Reno (away), Arnett Gardens (home), UWI (away), Portmore United (home) and Waterhouse (away).

Christie added that the players are very upbeat that they can secure the required results to avoid the relegation.

"They players are very happy that they have come through against Cavalier. It was a very intense game as you can imagine and to show that amount of quality and winning the game, speak to our quality of players that we have here at Montego Bay United and they are feeling very confident going forward," Christie said.

Gama, the son of former Jamaica technical director, Dr Walter Gama, was also the coach of the national Under-20 team during the 2012-2013 CONCACAF qualifiers.