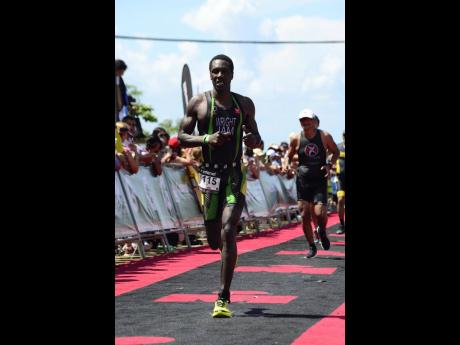 Organisers of Saturday's Tri-Life Sun City Triathlon say they have targeted Portmore, St Catherine, for the event because it offers a better opportunity to attract new persons to the sport.

One of the more famous locations for a triathlon event in Jamaica is Treasure Beach, St Elizabeth, where the Jake's Off-Road Triathlon takes place. But Dayne Wright, one of the seven organisers, says many see the location as too far out of reach to travel to try the sport for the first time.

"We were actually looking at venues that could host the event," Wright said. "It just so happened that I'm based in Portmore and the other organisers are based in Kingston. So we started training there (Portmore) some time ago for Jake's, so we figured that it could actually be a good venue, considering that when we look at where we'd have to go to participate, there weren't really many places that would attract people, so it was felt that Hellshire would be the ideal place. Port Royal was too flat and somewhat boring. Hellshire has some amount of hills and flat areas so we thought it would be the ideal spot to give triathletes some amount of challenge."

Apart from being 'boring,' as Wright describes it, he said that Port Royal may be too dangerous an open water course for new participants, while Jake's is more geared towards off-road competition.

"Yes, the water quality at Jake's is good and it's nice and flat in the morning, but when you look at the area you have to ride, you can only use mountain bicycles," Wright said. "I've done one or two events at Port Royal, but don't like the water out there because there's a serious drop off. You're just there swimming and then you realise you can't see the bottom of the sea because it becomes really deep quickly. We didn't think that was actually safe for athletes, especially when we're trying to attract persons who have never done this before and would want some level of comfort.

"Hellshire is a safer area because it doesn't have the steep drop off that Port Royal does. The transition area is not as long as that of Port Royal and we found it to be ideal in every sense."

The event starts at 6 a.m. and will feature a 500m open water swim, a 22km bicycle ride through the hills of the Hellshire community and end with a 7km run along the Hellshire roadway. Among the target demographic for the triathlon are of junior athletes ages 13-19, young professionals ages 20-35, fitness enthusiasts of all ages, high-income young and middle-aged professionals and single disciplined athletes who swim, bike or run for competition or recreationally.