Sammy: Cameron should not take credit for Windies successes 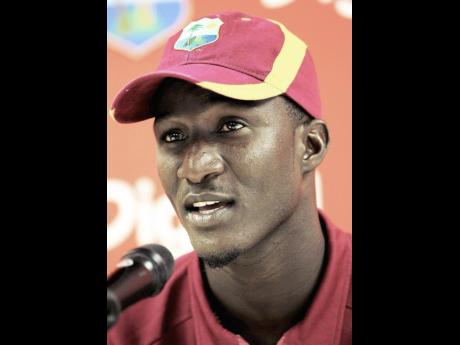 Former West Indies captain, Darren Sammy, says the Dave Cameron administration could not take credit for the region's three World Cup titles in 2016, nor the recapture of the Wisden Trophy last month, as those successes were solely down to the hard work of the captains and management staff involved.

In a strongly-worded video on his Facebook page on Wednesday, Sammy said Cameron had performed poorly throughout the three terms in charge, but had erroneously sought to portray his administration as the architect of all West Indies major accomplishments during his tenure.

West Indies captured the men and women's titles at the Twenty World Cup in India, while the Under-19 side won the ICC Youth World Cup in Bangladesh in the same year.

"The fact remains over the last six years as an administration, we've done poorly. That's a fact," said Sammy, who led the Windies to T20 World Cup titles in 2012 and 2016.

"You try to take credit for the three World Cup wins in 2016 which is wrong. We won despite. In spite of all the difficulties we faced from your administration, the team won."

West Indies players and the board were at loggerheads over pay issues in the lead-up to the World Cup in India.

Cameron's allies have also pointed to the recent 2-1 series over England as further evidence of the West Indies progress under the current CWI administration.

However, Sammy said the series win was down to the exemplary leadership of all-rounder Jason Holder and the preparatory work by former coaches.

"I also heard recently that the team is moving in the right direction ... I believe the team won that series against England because of the hard work of Jason Holder as captain and the work done by Stuart Law, Corey Collymore, Floyd Reifer building up to that series," Sammy argued.